The new Fletcher Hotel in Amsterdam, designed by Benthem & Crouwel Architecten, is a landmark near the A2 highway at the southeast of the city. The 60 meters high tower catches the eye from all sides because of its round shape. This design stemmed from the desire the municipality had: to boost the location with a characteristic building. Inside the hotel there are 120 hotel rooms, 9 meetings rooms, a gym, a lobby and at the top of the tower a panoramic restaurant with a sky-lounge, providing a wide view over the surroundings.
The double skin façade plays an important role in the building. The total image of the glass façade with the screen print, the structural inner façade and the glass entrance and restaurant fronts give a spectacular view of different overlapping blue dots, visible from the highway at both day and night.

Octatube was involved in this project from an early stage onwards. Initially, Octatube would only realize the cylindrical glass skin, to be fixed to a traditional timber frame construction inner façade. By seizing the challenge of an integrated façade system, Octatube was able to include the engineering and realization of the inner façade. The structural and physical challenges that were lying ahead had been solved immediately by replacing the wooden structure with composite GRP elements (Glass Reinforced Plastic). In earlier projects (such as the Yitzhak Rabin Center) Octatube has gained experience with this material, and this time the step was made to structurally deploy it.

Detailing
The technical composition of the double façade is as follows: steel brackets are fixed to the main concrete structure of the building, to which the prefab GRP elements are installed. To the GRP elements, steel swords are connected with Duo nodes at the ends. The laminated glass is point fixed to these nodes. The round windows integrated in the GRP elements are engineered in a double curved surface and consist of circular double glass units. By looking through these ‘portholes’ guests have a wide view. This new principle of the double skin façade has been tested with a mock-up prior to the production and installation.

Both the 130 GRP elements and the glass screens are prefabricated. The bent glass outer façade consists of 10 screens each floor, printed with a blue boll pattern. The screens are produced in China, and consist of 4 glass panels of 1,8x3 meters each. The outer skin is completely transparent.

The boll pattern has been optimized in such a way that a diverse image could emerge while upholding a certain repetition. Furthermore, the dot pattern has been adjusted to make the printing technically feasible and to be able to look from inside outwards.

The glass skin has a surface of more than 4000 square meters and has different features. From the architectural point of view, the transparent skin of the building is supposed to mystify the number of floors behind the skin. As part of the double skin façade, the glass contributes to thermal management of the building. In addition it has an acoustic function, because the Fletcher Hotel is situated on a noise congested location next to the highway. The distance between the two facades is approximately 800 millimeters, which is sufficient for a window cleaning system and maintenance. 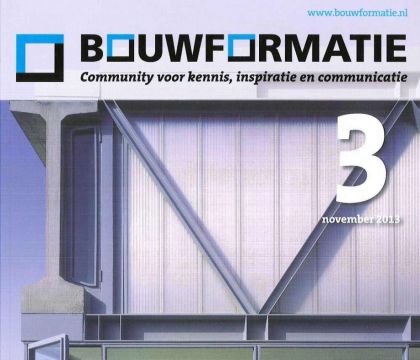 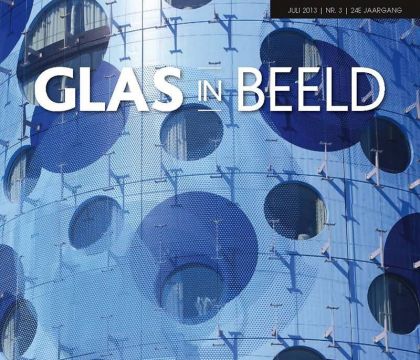 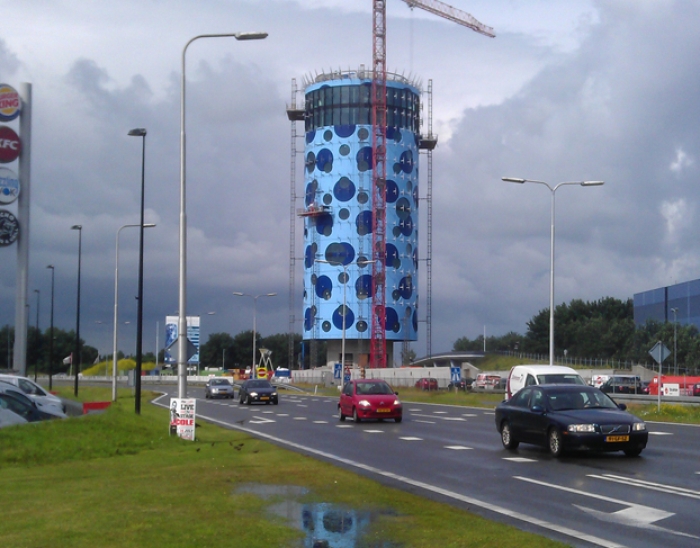 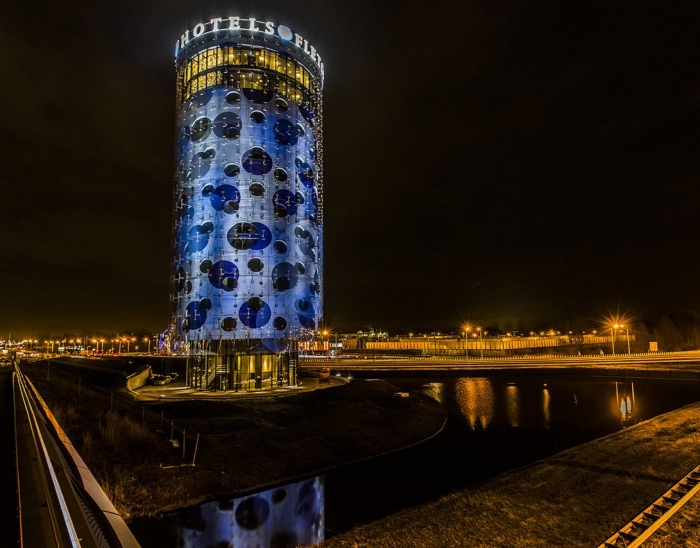