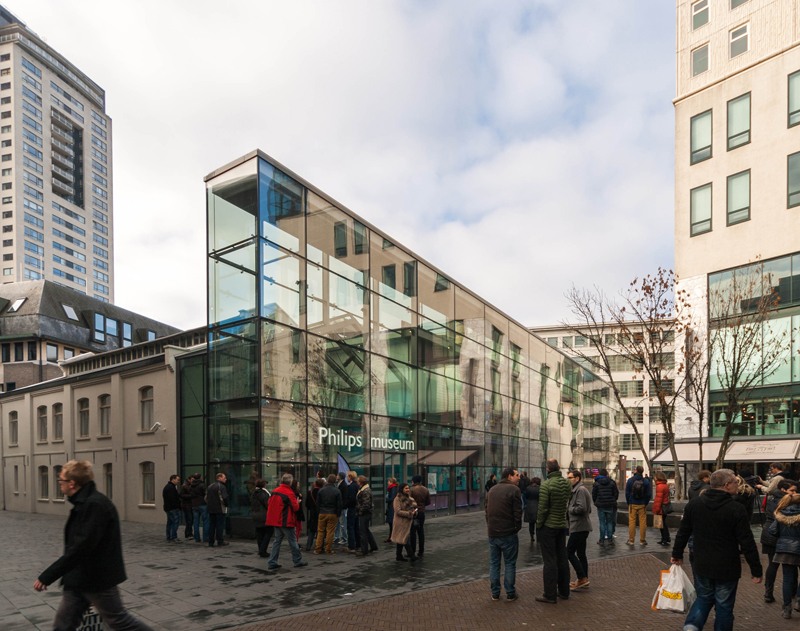 30 years of Occtatube passed by as a dream!
Time goes by so quickly. Octatube is a bee-hive of activities for designing, engineering, productions and realisations of complicated 3D structures and claddings for architecture, nationally and internationally. The number of staff grows slowly over 70 and plans to expand go even far beyond that! In every publication new technical designs are shown, which adds to the divergence of our technology.

But how did we start? The start was modest, but determined.

The roots are the design office: from 1975 up to 1983 the architect's office of Mick Eekhout was active with projects in The Netherlands. Around 1980 space frames came up and had to be engineered and produced. The first engineering was done in the design office. In 1978 Octatube Engineering was started to facilitate the engineering of space frames also for colleague architects. In 1980 a recession slowed down the pace of projects. I decided to give my strength more to designing and realising space structures: stretched membrane structures and space frames. And I closed down the architect's office more or less to concentrate on the small niche of spatial structures. From then on, architectural work was only done when it could not be avoided (Prinsenhof, Synagoge, Serres Bouwkunde).

The big change came when designing the first tent structures: Floriade 1982 and Veronica Muziekland. This last tent is still used on TV shows, in different market places in Holland. Nobody wanted to make these tent structures, certainly not for the available budget. And my father used to say: “when you cannot subcontract it, you have to do it yourself”. So I had to make these tent structures by my own hands and show that the budget was good enough and the technology could be attained. That was actually starting the design & build company. Dreaming with your hart, thinking with your head and doing with your hands. And our motto still is: ‘to design and build complicated and innovative structures’. It drives Octatube at the frontier of possibilities and keeps us there.

We first hired and later bought an electric high frequency welding machine to weld PVC membranes for tent structures, a cable clamping machine to do the cable work, and slowly a little workshop came to exist aside the drawing tables. Initially we changed the drawing room into a workshop and a little later a fully equipped prototype factory, which initially did all the production work itself. In these first years we rented an old hall, leaking, from the neighbour: The Porceleyne Fles. We had to make a watertight plastic membrane ceiling under the existing roof to work in a dry environment. The water would run into concrete buckets, which we regularly emptied. A low tech environment for high tech designs. But a low cost start.

After 4 years we bought an old factory shed of the Porceleyne Fles, removed it and built a new office and a factory hall in 1986, which was opened by professor Zygmunt Makowski, the world scientist on space frames. The second half of the engineering office and the second hall followed were realised in 1992. By that time we already had some 30 people employed, The number staff increased somewhat with larger projects, but normally stocked at 40 people.

If we make a jump of 20 years and look back over our shoulders, we can conclude that we have done many daring projects. Most of them were adventures, some of them were experiences, with a few of these experiments costing us quite some investments, but our ability always grew and so did the confidence of our clients. We are building a 40x40 m2 cablenet façade for the Market Hall of Winy Maas in Rotterdam, the biggest in Europe, a real engineering’s feat, and also a large glass fin roof with Job Roos in the Hague in extremely fast track.

We are closing off 2013, in which we have an extensive portfolio of projects in The Netherlands, including a number of museums such as the Mauritshuis and the Gemeentemuseum in The Hague. We are also working on Renzo Piano´s Botin Center in Santander, Spain, and for other prominent museums in the Netherlands, the United Kingdom and Ireland. Contracts are running in Germany and Qatar.

The Dutch former Secretary of Foreign Affairs Jozef Luns once said “I am a minister of foreign affairs of a small country, but having a gigantic number of foreign countries around me”. We seem to have followed this statement, as from the very beginning in 1983 we were already involved in foreign projects with projects in Jeddah and Singapore.

In the last years Nils-Jan Eekhout has brought his spirit in the company by introducing many of his generation friends. We are at the moment at 70 people employed, against all odds in this recession.

- Mick Eekhout
speech at the 30 year anniversary of Octatube