One Central Plaza is an eye-catching landmark in the heart of Dublin.  Previously known as the Central Bank building, the concrete colossus, originally designed by brutalist architect Sam Stephenson, has a strong presence and can be seen from many different viewpoints in the city. The building is now being transformed as part of an overall urban masterplan and will be part of a dynamic new destination called Central Plaza, bringing together offices, retail and hospitality.

Octatube has been awarded a contract to engineer and build One Central Plaza’s two-storey glass-roofed structure which will top off this city-centre icon. For this project, we’re in partnership with Hines (with the Peterson Group), the architects at Henry J. Lyons and with main contractor Stewart Construction.

The building is very unique; the structure comprises suspended floor slabs held up by perimeter Macalloy cables, that are supported back to the central core at roof level, a Brutalist characteristic: exposing the building’s structure. The Central Plaza transformation promises to be striking, breathing new life into an aged office building, with a rooftop venue with unrivalled 360-degree views of the city as the crowning touch of this restoration project. 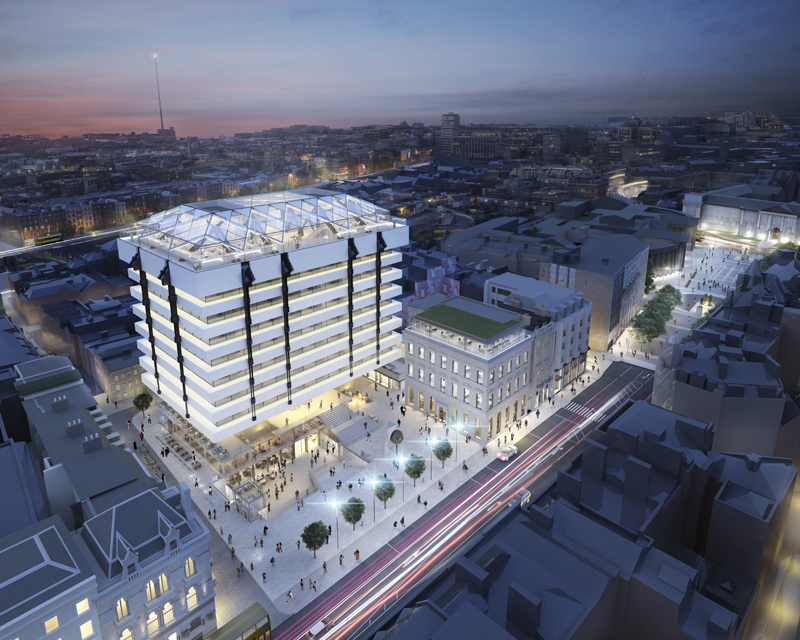 The roof was reimagined by architects Henry J. Lyons. The design, a contemporary geometric structure, follows the exposed suspensions of the building – with cantilevering triangles as a subtle nod to the original design of Stephenson.

We started engineering in February 2019. The structure weighs more than 200 tons and is being built on an existing roof structure which is special and challenging in terms of aesthetics and technique. 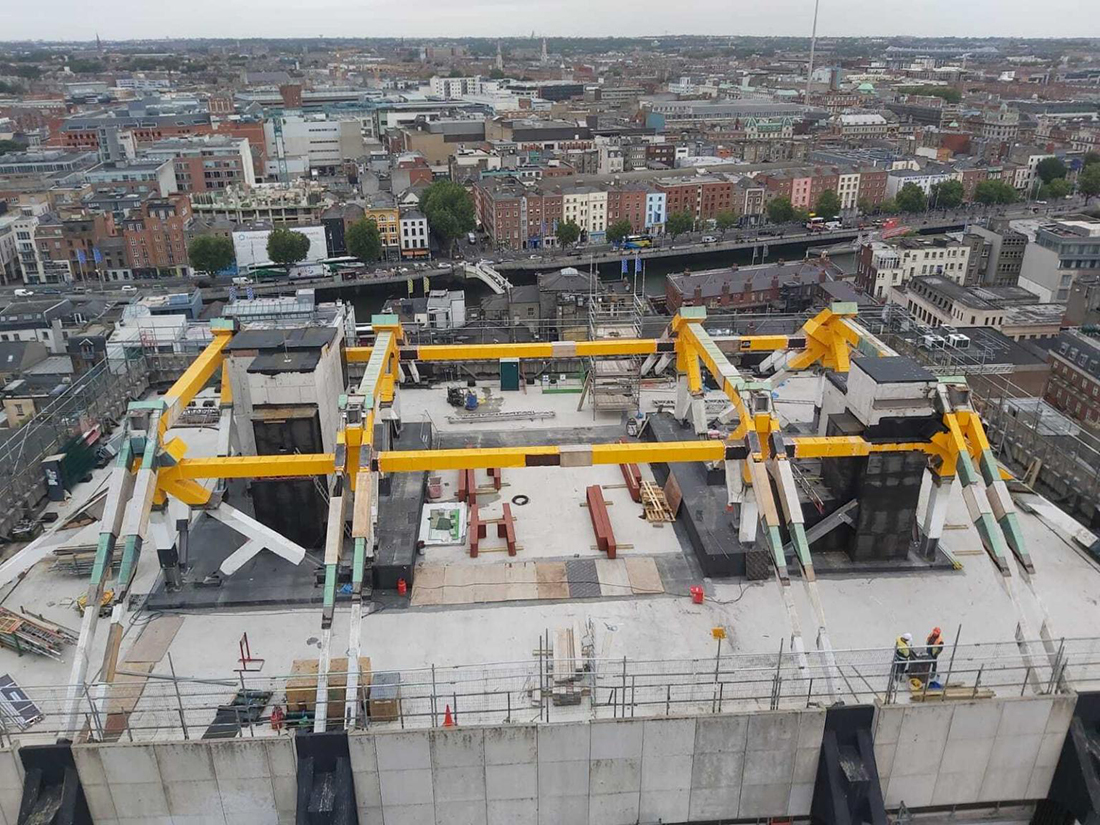 The steel roof construction will be covered with 152 triangular, quadrangular or pentagonal glass units - celebrating lightness and transparency. In that regard it forms a counterpart to its brutalist carrier. The space will offer optimal views and light, and in order to achieve this we aimed to make the structure as clean as possible to facilitate maximum light.

At the same time we have to regulate the sun load so it doesn’t feel like a greenhouse inside. That’s why the glass will be screen-printed with a ceramic frit.

Much attention has gone into detailing during the engineering process, in close collaboration with the client Hines, the architect and the contractor ensuring what has been imagined can be delivered. 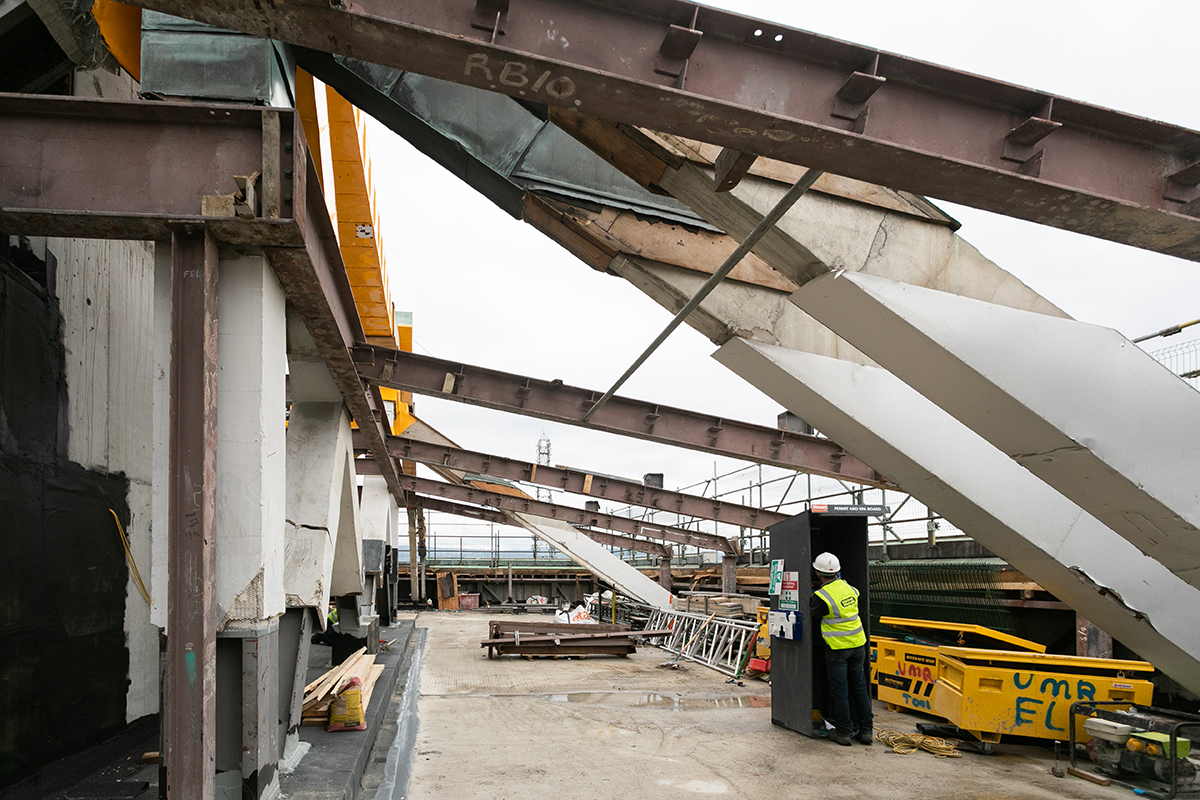 In August 2019 Stewart Construction removed the old roof of the building, exposing the existing roof construction. In September and October 2019 the production of the steel structure is really getting up to speed at our factory in Delft. The roof will be built up from separate elements rather than larger weldments.

The produced elements will be transported, by truck, in batches from Delft to Dublin. As the building site is quite small, we faced a logistical puzzle. We have secured an off-site storage which ensures a smooth and efficient logistical process during installation of the project.

The refurbished and restored Central Plaza will be a must-visit destination when visiting Dublin. A top attraction on a prime location that we’re proud to contribute to!