In September 2018 I started as a projectmanagement trainee at Octatube. Octatube is a Design & Build company that focuses on realizing challenging architecture. 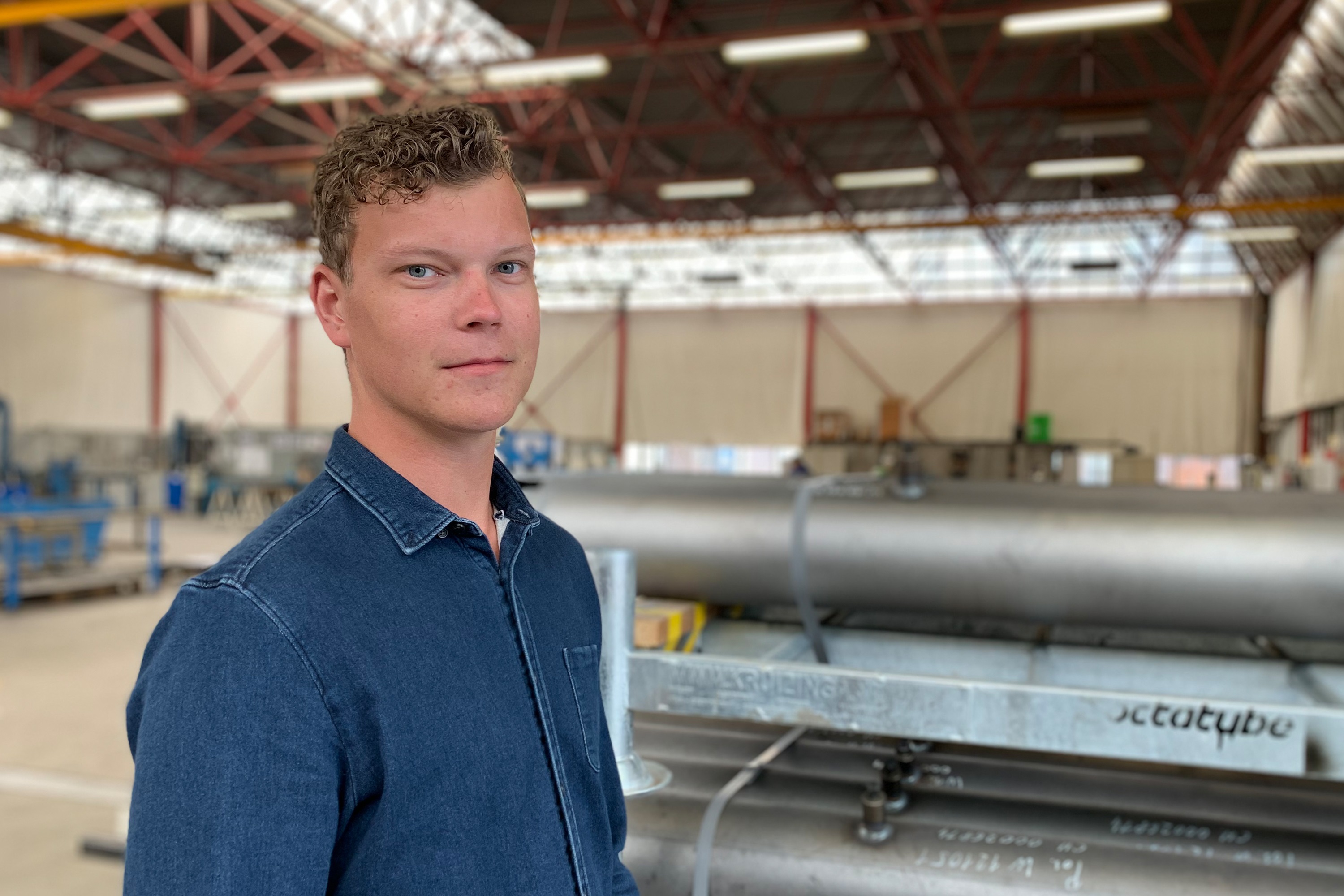 How did you end up at Octatube?

Octatube is located at the edge of the TU Delft Campus so it is literally steps away of the Engineering faculty. Octatube is unique in the Netherlands with their design & build approach of architectural constructions. So it’s not quite strange that many Engineering graduates find their way into Octatube. As did I. On my initiative I paused my masters for 6 months to gain more practical knowledge. I hadn’t decided on the direction I wanted to go after my masters: the advice or the execution side of the construction industry.

Through one of my fellow students, who was an intern at Octatube, I got into contact with their sales manager. Shortly after that I became an intern at the sales department for 2 days a week. After an internship of 4 months I continued as a working student at the same department. In the meantime I continued my studies and it was becoming time to graduation. Based on my experience at Octatube I proposed a subject for my thesis. I wrote this thesis at Octatube. After being in the company for more than one-and-a-half years, I heard about the projectmanagement traineeship. I applied for the job and a few weeks after my graduation I could start as a trainee.

Can you tell us something about education and growth opportunities?

After working as an internship, a working student and a graduate at Octatube, I started as a trainee. The variety of positions that I walked through in those one-and-a-half years at Octatube show that there is space to grow within the company. Next to that the 2-year traineeship is a unique chance to be fully prepared to take a position of projectmanager. The traineeship is divided in 4 periods of 6 months. Each period I work in a different department within Octatube to gain knowledge, so that I can independently work as a projectmanager after the traineeship. Within Octatube it is the first time that they work with traineeships. However, the setup of the traineeship is based on the experience of most projectmanagers taking this position from various departments. This is characteristic for Octatube: positions are filled looking at an individual’s competences and wishes. My first period at the Maintenance department and the Buying department is finished. At the moment I am assisting a projectmanager in a large project, to really experience my future role.

What does an average workday or –week look like for you?

When I was working at the sales department I was mostly making 3D drawings for potential projects. These drawings were for the benefit of visualizing offers/tenders, as well as extracting numbers for the sales calculations.

I’m attracted to Octatube’s “can do” mentality which makes for a realistic and pragmatic way of looking at a building construction.

As a trainee I am working fulltime for Octatube. 4 days I work in a department and the remaining day I spend for traineeship appointments and tasks. By walking through different departments in a short period of time you dive into a lot of different challenges. It’s pretty intense, but you learn a lot! After 6 months, after getting to know a department, you move onto the next. 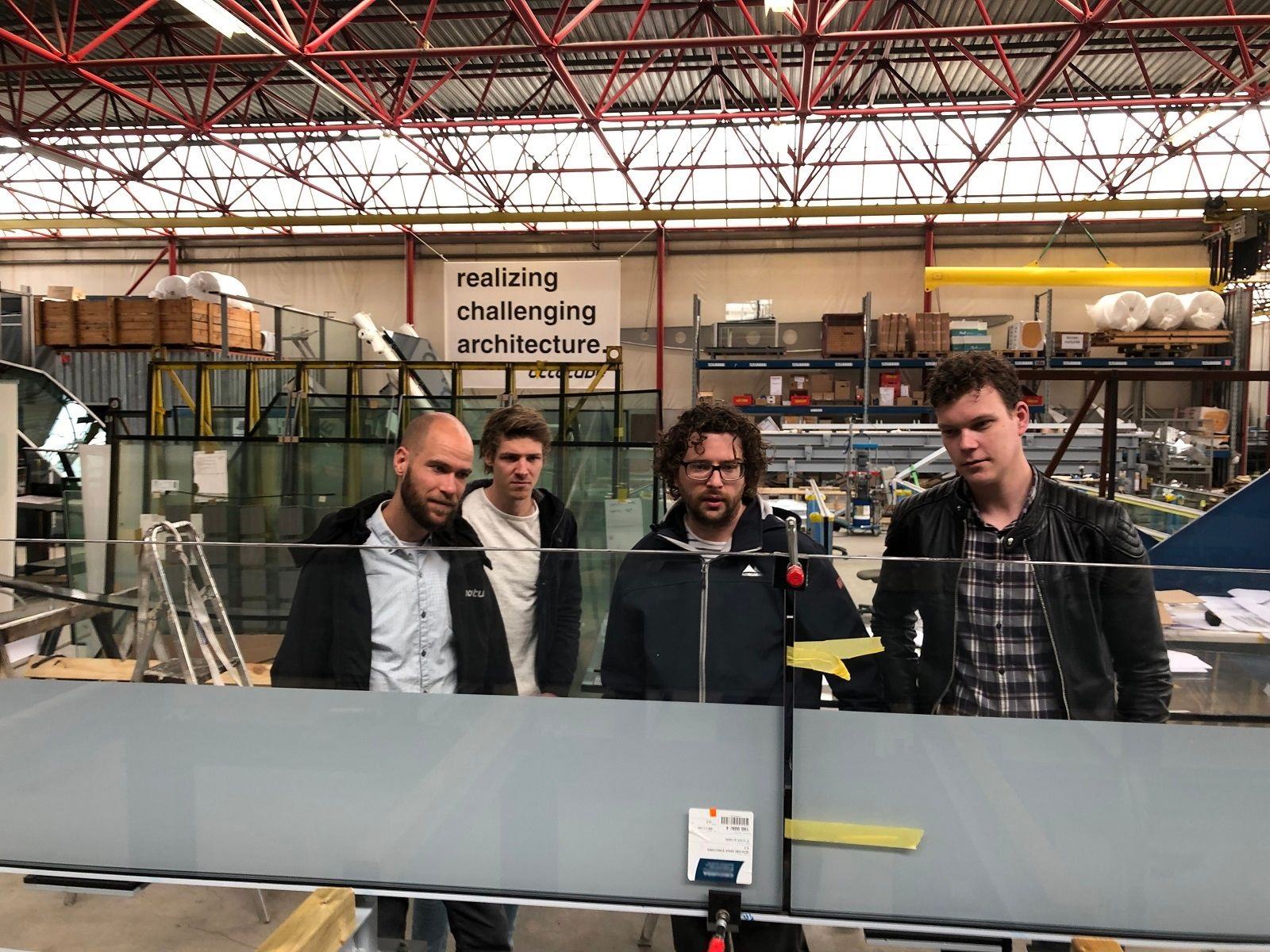 What’s the company culture like, what are core values of the organization? Why do you enjoy it?

Because Octatube is a design & build company we’re mostly involved with a project for a longer period of time: from the drawings of the architect until the delivery of the work on site.

We have to stick to the advices we give in the first phase. So the feasibility of a project is extremely important. I am attracted to this “can do” mentality which makes for a realistic and pragmatic way of looking at a building construction. All in all it’s great learning ground for a beginning building techie!