The courtyard of the Kunstmuseum Den Haag, previously Gemeentemuseum (municipal museum), has been transformed into a 700 square meters space covered by an all-glass roof. The thus created interior plaza gives the museum new possibilities to suit the needs of the 21st century. On the 24th and 25th of March the space has been used for the first time for the press conferences of the Nuclear Security Summit where Barack Obama and Mark Rutte addressed the world press. On behalf of the Kunstmuseum, Octatube has developed and realised the glass roof and refurbished interior space on a very tight schedule and within the budget. For the architect Job Roos the existing building and legacy of Berlage have always been the starting points. At the same time, state of the art techniques were introduced in the field of all-glass structures and glass fins.

One of the starting points of the monumental building of H.P. Berlage (1859-1934) is a geometrical system based on the width of a brick plus mortar joint. This module system, together with other aspects of Berlage´s legacy, are an important starting point for the architectural design of Braaksma & Roos Architecten for the covered courtyard. The abstract glass roof on top of steel columns and beams is a reference to Berlage's system of layering elements.
In the philosophy of Berlage, the enclosed courtyard is a meeting place for museum visitors (in the summer). This features has been rehabilitated, throughout the seasons. In addition, the routing of the museum has been improved. The roofed atrium offers the possibility to host public receptions in the museum, and activities with grandeur. The new space also provides the opportunity to display a side program with special exhibitions, such as fashion shows. The courtyard, with an area of 700 square meters can accommodate large groups up to 700 people, which is a great added value for the city of The Hague.

Because of the challenging all-glass roof, Octatube has become involved in the building team from an early stage onwards, making feasibility studies and technical design alternatives. The structure of the glass roof consists of 200 extra white glass fins, half of which suspended from the primary glass fins. The primary full transparent glass fins are more than 10 meters in length. A roof structure like this is unique in the Netherlands at this scale.
The glass fins are covered with insulated glass units. All glass panels are deliberately composed of low iron glass panes, making them extra transparent and preventing discoloration of objects in the interior space.
The roof is supported by eight steel columns, but the loads are partly transferred to the monumental museum building as well. In addition to the advanced glass detailing, the refurbishment of the courtyard also provided challenges with regards to water drainage, indoor climate, cooling, electricity facilities, acoustics and fire safety. The interdisciplinary approach of the building team has resulted in integral solutions for these challenges, that were coordinated by Octatube acting as main contractor.

The design and construction of the project have been closely coordinated with the National Office of Cultural Heritage, the Historic Monuments Preservation Department (the museum building is on the UNESCO world heritage list), the Aesthetics Commission and the municipality of The Hague. In a multidisciplinary approach the construction time is kept to a minimum, in order to limit the inconvenience for the museum and realize the ambitious completion date.
Although the world summit was not the motivation to design and build the glass roof, the strict deadline proofed to be a catalyst. The Kunstmuseum Den Haag, previously Gemeentemuseum, has gained a multifunctional interior space with grandeur in a very short time and the city of The Hague a an elegant town square. 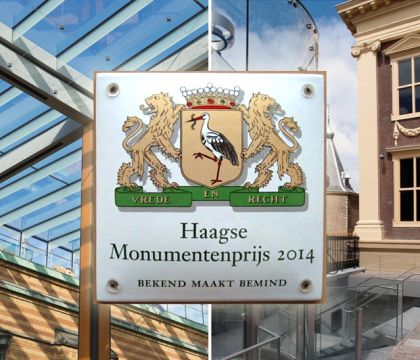 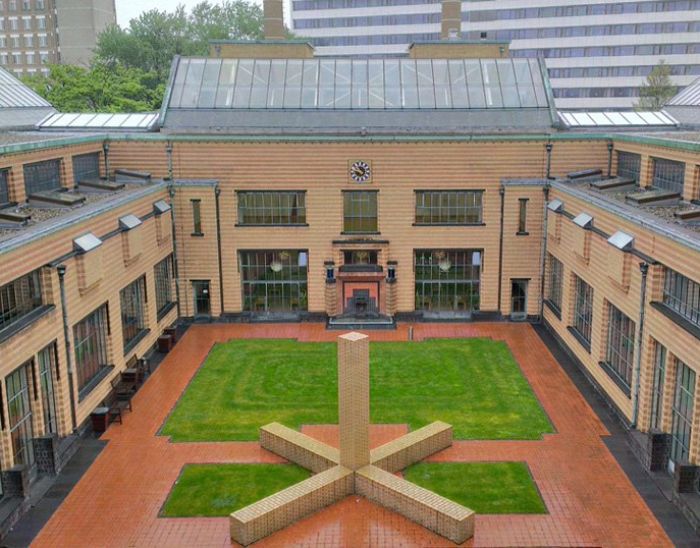 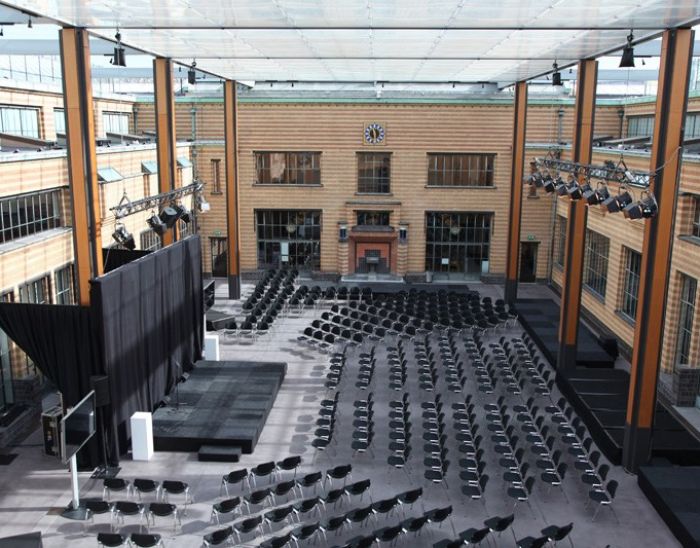