In many applications it is the architect’s choice not to use an entirely frameless construction. This has led to Octatube developing lightweight trusses with a (slightly curved) central compression member in the middle and cables above and below. Perpendicular purlins are then provided, delivering the sought-for 'floating' effect. A system of this type was for example developed by Octatube for the canopy of Rotterdam’s Westelijk Handelsterrein shopping centre. Octatube also applies and designs specially formed profiles, such as the steel Stabalux profile, capable of supporting  spans up to 3.6 m (storey height) with ease. This was the profile used by Octatube on the Hollander project in Barendrecht. Similar profiles, known as the OT type, were also developed in aluminium for Haarlem’s well-known Music Dome, winning the first Aluminium Award for Octatube in 1984.
One important consideration in the application of linear profiles is the safety of the resulting construction. This factor led to Octatube’s use of flexible translucent parabolic aluminium glazing profiles in the dome of the Friesland Bank (2005). The curved side of the laminated panels of the Broerekerk church in Bolsward rest on and are retained by linear profiles, providing a safe level of support in the event of any breakage. The T-section linear profiles at ceiling level also emphasise the separateness of the glazed area, detached from the pointed v-trusses above.
Another example is the office of Rabobank in Venlo, where a facade has been realised with a more complex geometry using a linear structural glass fixation. 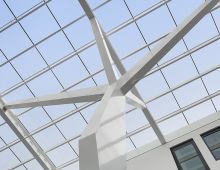 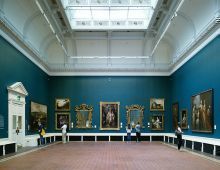 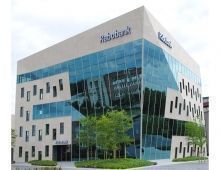 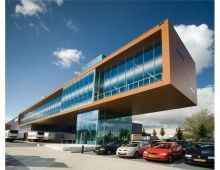